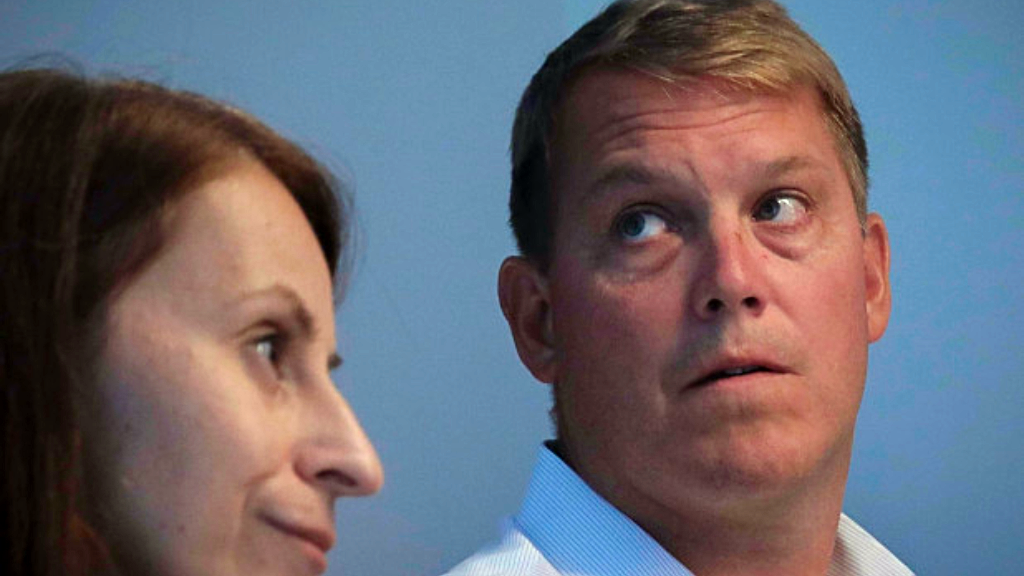 Officials in Anguilla are preparing a warrant for the arrest of a Connecticut man who refused to return to the Caribbean island to face charges in the death of a hotel resort worker, the attorney general for the British territory said Tuesday.

Attorneys for Scott Hapgood, of Darien, said he skipped Monday's pretrial hearing because Anguilla officials did not provide assurances he would be allowed to remain free on bond and he was worried about his safety.

Anguilla is subject to an extradition treaty between the US and Britain, and the standoff could set up a diplomatic clash over a case that has caught the attention of President Donald Trump.

Hapgood and his family say a hotel worker, Kenny Mitchel, 27, of Dominica, showed up at their room unannounced during their April vacation and demanded money, then attacked them. Mitchel died, and Hapgood, who said he acted in self-defence, was charged with manslaughter.

An autopsy report showed Mitchel died of positional asphyxia and received blunt force injuries to his torso and other areas. Hapgood's representatives said a toxicology report showed that Mitchel was found to have drugs, including cocaine, in his system.

Anguilla's attorney general said Hapgood's concerns about his safety and the fairness of proceedings are "totally groundless." Hapgood's $74,000 bond was forfeited and the arrest warrant, once obtained, will be shared with Interpol, officials said.

"Other formal processes will now commence regarding Hapgood who is now a fugitive," the attorney general's office said in a news release. "The Crown remains determined to progress this case."

Hapgood is white and Mitchel was black. The case has caused racial tensions on the territory of nearly 15,000 people, and many Anguillans demanded that Hapgood return to face justice after he was initially released on bond. A spokesman for Hapgood said he has faced death threats.

After Hapgood's wife appeared last month on the "Fox & Friends" morning show and urged Trump to intervene, the president tweeted that "Something looks and sounds very wrong." He said: "I know Anguilla will want to see this case be properly and justly resolved!"

A notice filed with Interpol would put Hapgood at risk of arrest if he travels outside the country, but he would not face extradition unless that were formally requested by the British government, according to Douglas McNabb, an attorney with expertise in international extradition defence. The US secretary of state would have the final word on extradition.

"The theory is that politics is not supposed to come into play in extradition proceedings, but politics is politics," McNabb said.

Anguilla's governor, Tim Foy, said Hapgood has no reason to doubt the fairness of the territory's judicial process or fear for his safety.

"Claims made by his advisers and supporters of 'growing unrest' because of this matter simply defies belief. Nothing could be further from the truth," Foy said.

US man charged with manslaughter in Anguilla labeled a fugitive