US warns Americans against all overseas travel 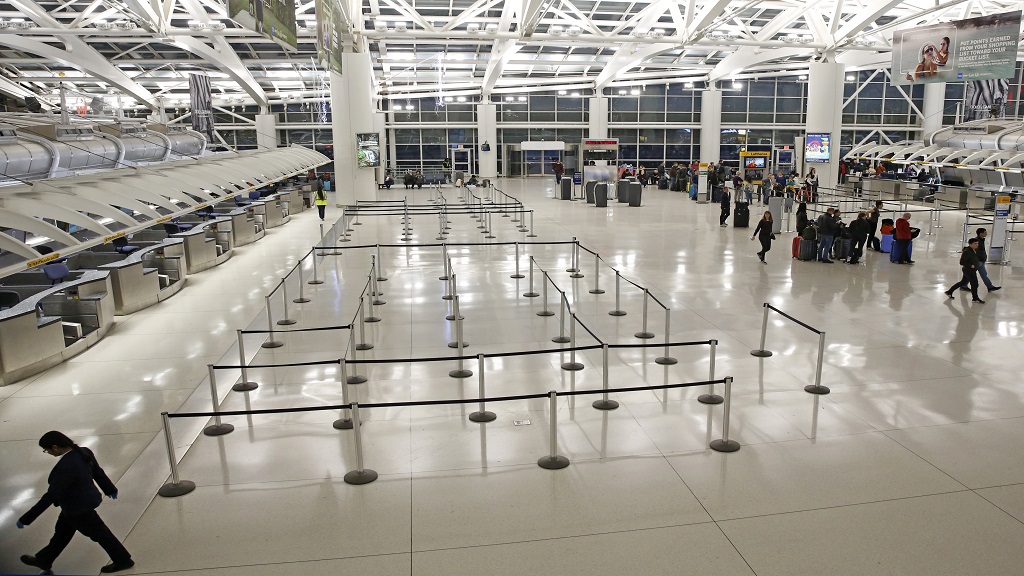 The Trump administration has upgraded its already dire warning to Americans against all international travel as the coronavirus outbreak spreads.

The department on Thursday issued a new travel alert urging Americans not to go abroad under any circumstances and to return home if they are already abroad unless they plan to remain overseas. It then said passport applications for US citizens at home and abroad would be severely curtailed.

“The Department of State advises US citizens to avoid all international travel due to the global impact of COVID-19,” it said in the new advice. “In countries where commercial departure options remain available, US citizens who live in the United States should arrange for immediate return to the United States, unless they are prepared to remain abroad for an indefinite period. US citizens who live abroad should avoid all international travel.”

Until the upgrade, the department's advice to US citizens was to “reconsider” all international travel under what is known as a “level three” alert. The global “level four” warning was unprecedented as such alerts are generally reserved for specific countries embroiled in conflict, natural disasters or where Americans face specific risks.

However, the upgrade will likely have little practical effect because it is not mandatory and there are now limited transportation options for international travel. The only way to ban Americans from going abroad would be to invalidate the use of US passports for such travel, a bar that is currently in place only for North Korea.

In addition, the main impact of State Department travel alerts is to cause insurance companies to increase premiums or cancel travel policies for group and individual tours, many of which had been scrapped even before the alert was raised to level three earlier this week.

The department has already advised Americans that many US embassies and consulates abroad are operating with reduced staff and hours due to the COVID-19 outbreak and that services for Americans in need of assistance are limited.

Shortly after the travel alert was updated, the department announced that beginning on Friday, it would “only accept passport applications from customers with life-or-death emergencies who plan to travel within 72 hours.” It also said that expedited passport issuance would be suspended and that some application centers, such as public libraries, court clerks and post offices, may stop accepting applications altogether.

The new passport issuance restrictions came after the first Washington-based State Department employee tested positive for the virus, known as COVID-19. The department did not identify where in Washington the employee works, but officials familiar with the matter said it is in annex known as SA-17 that houses the main passport office. The officials spoke on condition of anonymity because they were not authorized to publicly discuss the matter.

“Staff who work in the impacted area were directed by supervisors, in coordination with the Bureau of Medical Services, to take the necessary precautions,” the department said. “The space has been assessed and is being deliberately and professionally disinfected today (and) will be ready for occupancy tomorrow."

3 RIU hotels in Ja to close due to low visitor arrival; 1,000 job cuts