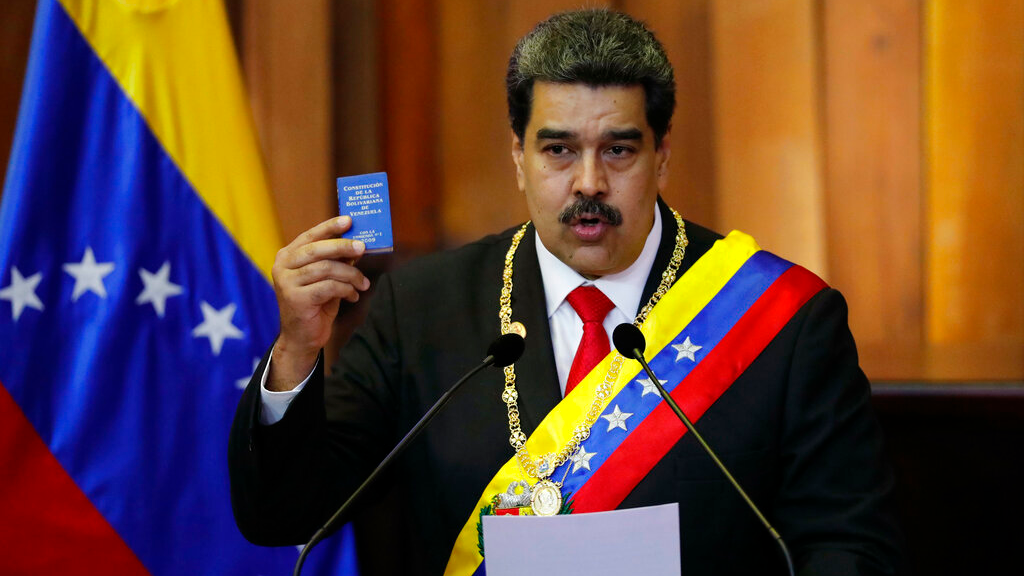 Venezuelan President Nicolas Maduro and a number of other senior officials have been charged with drug trafficking crimes in the United States.

The US State Department issued a statement which said: “The Venezuelan people deserve a transparent, responsible, representative government that serves the needs of the people- and that does not- engage in illicit narcotics trafficking.”

The United States has long accused President Maduro of leading a corrupt, regime and have voiced support for the Venezuelan opposition leader, Juan Guaido who declared himself interim president last year.

The US indictment also charged four other senior officials including the country’s Chief Justice.

The State Department said: “These individuals violated the public trust by facilitating shipments of narcotics from Venezuela, including control over planes that leave from a Venezuelan airbase.”

A USD $15 million reward has been offered for information that leads to Mr Maduro’s arrest.