Skip to main content
Breaking News |
Survey finds huge demand to travel next year
CNN analyst on leave after exposing his penis during Zoom meeting
Ashanti celebrates fabulous 40 in Antigua: Say less!
Coronavirus cases in the Caribbean as of October 19 at 11am: 225,875
Time's up! Deadline for US voters in Barbados and the region
New tropical depression forms over central Atlantic
Flash flood watch for western, southwestern, and central districts
Government of Barbados will pay for CXC reviews for students
New route alert: Barbados welcomes flights from Heathrow post-COVID
'Appalled!' Ministry speaks on photos of woman with young boy 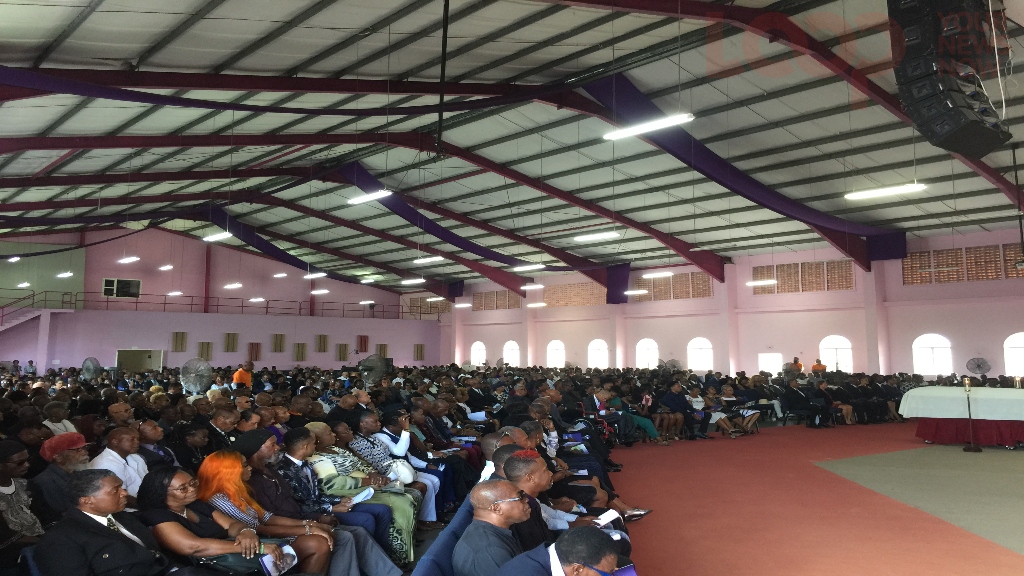 Many Barbadians came to pay their respects to the late "Smokey" Burke.

“Look for the next Smokey Burke”.

These were a few of the encouraging words spoken by Minister of Creative Economy, Culture and Sports, John King at the funeral service of William ‘Smokey’ Burke.

It was a packed service the New Dimensions Ministries, St Michael as Barbadians came to pay their respect to the veteran Calypsonian.

Minister King reassured Smokey’s family that the “fun-loving spirit, hearty laugh and huge appetite…of Smokey will be with them always”. He asked them to keep him "alive" in their hearts by playing his music, singing his songs and sharing it with everyone around them.

The Minister asked those in attendance to “look for the next Smokey”, stating“Smokey ain’t done yet” and his legacy shall live on for the generations to come.

Smokey’s cousin, Dr Sharon Marshall also gave her tribute to the late Smokey. She spoke of his love for writing and food. He was keen on a profession in journalism and had a love for the English Language. She recalls how he would write on matters of national interest, however, music was a “life-long passion of his”.

Dr Marshall said music is where he showcased his skills in writing, playing the guitar, and singing in the genres of R&B, calypso, spouge, ballads and Christmas songs.

Marshall also spoke on the behalf of Smokey’s niece, well-known singer, Natalie Burke. She stated Natalie cherished her relationship with Smokey. Natalie said: “sometimes my phone would ring and he would just start to recite a line or two from a song he was writing. Then he would say how yah like me now?”

Smokey was not just remembered as a performer, but Dr Marshall also credited the way in which he promoted the art form to big audiences.

She also mentioned his heroic act of helping those involved in the deadly Joe's River, St Joseph accident which occurred in 2007 where he “sprang into action” and plucked some of the survivors from the wreckage.

Above everything, she said Smokey is known for his love towards his three daughters.

One of his daughters expressed her sentimental thoughts of her dad.

“For as long as I can remember, my father was a superstar. He was a musician who would give me drumsticks as a child. He was a singer with bell-bottom pants, body fitting shirts and a huge afro. He was superstar indeed, but he was my dad.”

May Smokey Burke’s legacy live on.