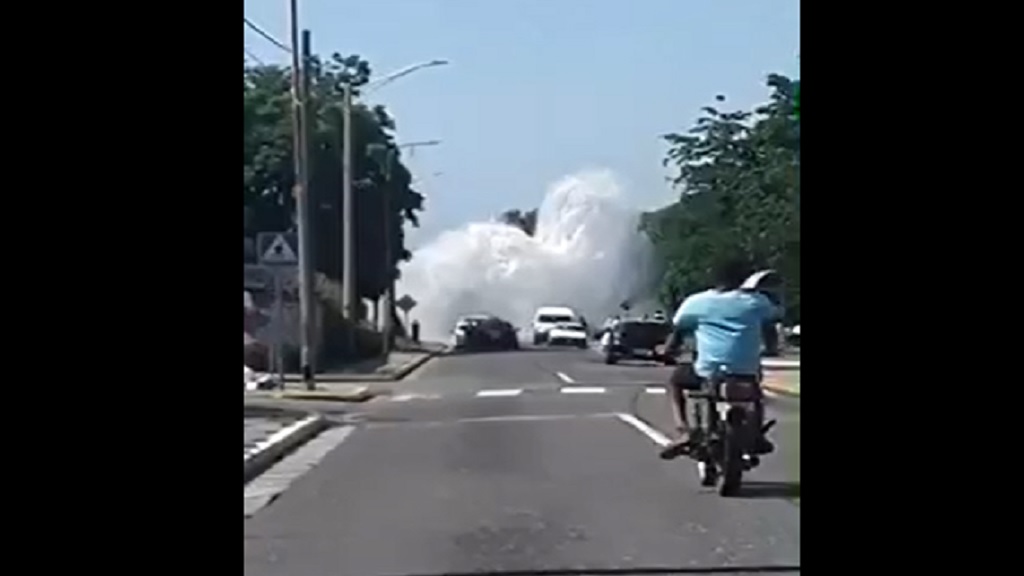 A motorist looks at the water fountain caused by a burst pipe along Arthur Wint Drive on Monday.

A burst pipe in Jamaica caused water to gush at least 30 feet high along Arthur Wint Drive, in the vicinity of the National Stadium, on Monday.

Jamaica's National Water Commission (NWC) workers were are at the site up to early in the afternoon repairing the ruptured water main that left sections of the roadway flooded.

Reports are that about 9am, motorists using the roadway heard a loud explosion and later saw huge volumes of  water gushing from under the ground.

Videos of the incident show a water fountain, as a result of the rupture, reaching as high as the top of the utility poles  in the area. A motor car was also damaged as a result of the gushing water which almost overturned the vehicle.

“The driver told us that he was so frightened when he heard the loud explosion and realised water was everywhere,” an alleged eyewitness told Loop News.

It is unclear what led to the broken main. Loop News was unable to get a comment from the NWC up to publication time (2.56 pm, October 12).

Fallen tree does not stop school at The St Michael School