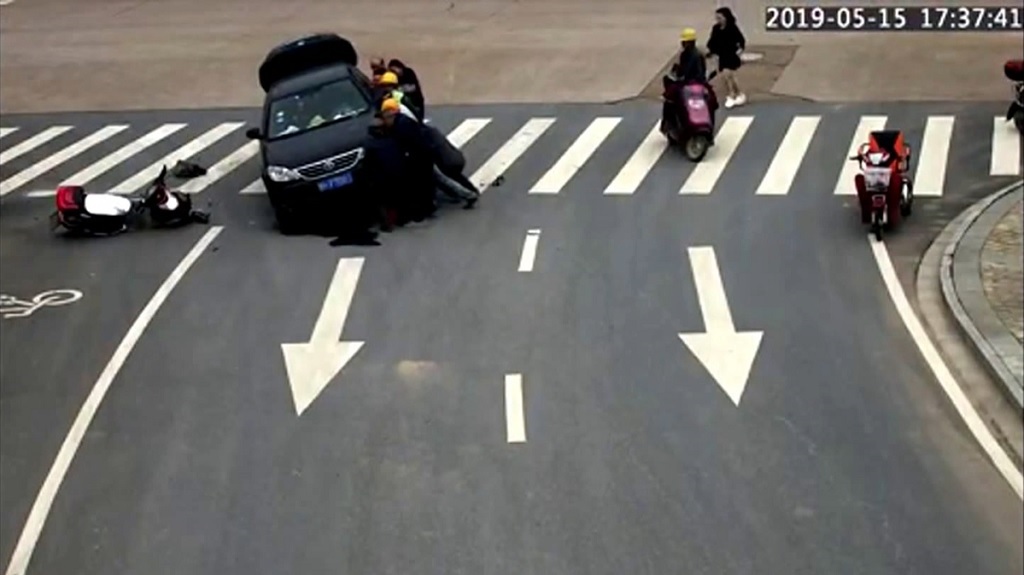 A group of kind-hearted people lifted a car up together to free a trapped scooter rider in eastern China.

The CCTV video, filmed in Quzhou City in Zhejiang Province on May 15, shows a car crashing into a scooter, knocking the rider down and running him over.

The car driver stopped his vehicle in the middle of the road and stepped outside to check immediately.

After he saw the scooter rider gets trapped under his car, he asked for help from passersby and tried to lift the car up.

Nearby people ran to join the rescue gradually and more than a dozen of them lifted the car up together to free the rider after only two minutes.

The rider was sent to hospital after the ambulance arrived. Although he suffered several fractures, he was not in life-threatening condition.

The car driver was blamed for the accident as he did not slow down when turning a corner in front of zebra lines.