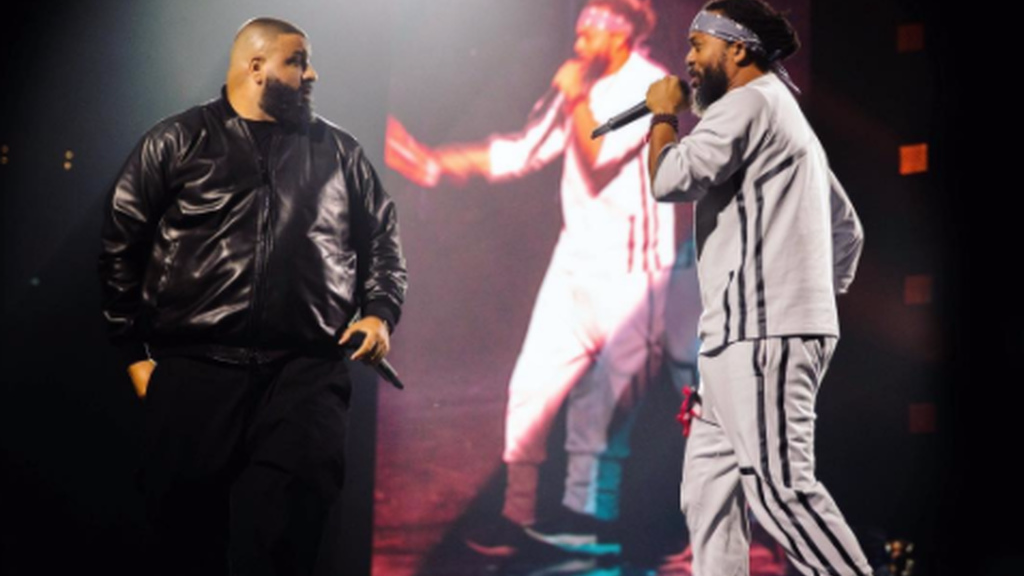 Machel Montano represented the soca community among a star-studded cast at the Barclay Centre in Brooklyn for the Tidal Relief Benefit concert on Tuesday night.

Montano performed some of his hits including Mr Fete with DJ Khaled who took over the stage with a slew of special guests.

Khaled sang along with Montano and even waved the T&T flag at one point.

A grateful Montano thanked the DJ on his Instagram page stating: "🙏🏾Thank you for the opportunity last night @djkhaled "they don't want us to jump ... so we had to jump ourself " !!! 😄#tidal #barclayscenter#caribbeanrelief 📷 @boardinogilvie"

The concert, which was live-streamed on Jay Z's Tidal platform raised US$3.4 million before it began and solicited further donations on the night. The show is now available on demand.

The biggest acts on the night were current Hip Hop sensation Cardi B whose mother is a Trinidadian and Jay Z himself who ran through his hits over the years.