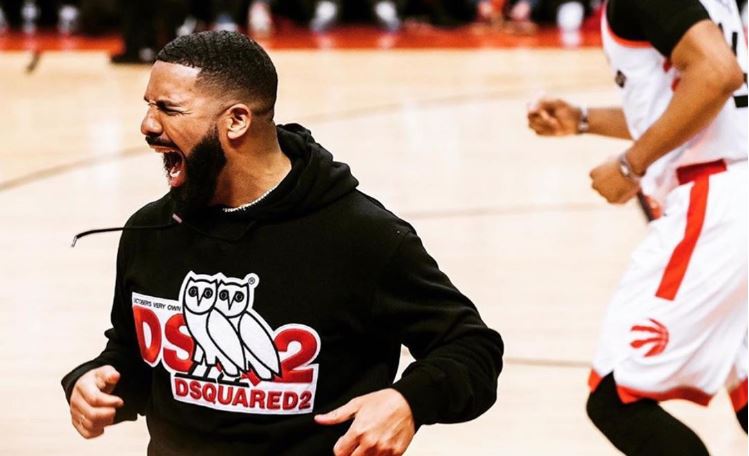 Rapper Drake celebrated the Toronto Raptors' historic win at the NBA playoffs in a way anyone would: pick up something and run with it.

Known to show great appreciation for the Caribbean flavours and culture, seeing Drake embrace soca, comes as no shock or surprise.

The 'Nice For What' rapper posted a video with the faces of several players from the Raptors team--and himself--superimposed on the bodies of other men who are stepping and dancing in a popular meme video. However, the music is edited to Mr Killa's monster hit 'Run With It'.

Drake wasn't the only one celebrating; Machel Montano is apparently a Raptors fan as well and was there to witness the historic moment. Mr Killa himself was also seen holding up a Raptors flag in support, although it's not certain if he was actually at the game.

The Toronto Raptor's 100-94 win over the Milwaukee Bucks in Game 6 of the NBA basketball playoffs led to them advancing to the NBA Finals for the first time on Saturday night.

They overcame a 15-point deficit to win the series and will host the Golden State Warriors in Game 1 of the NBA Finals on Thursday night.

It will be the two-time defending champions against a Raptors team that will finally bring the NBA Finals outside the U.S. after entering the league in 1995.

Stakes are high as Bucks, Raptors meet in Game 6