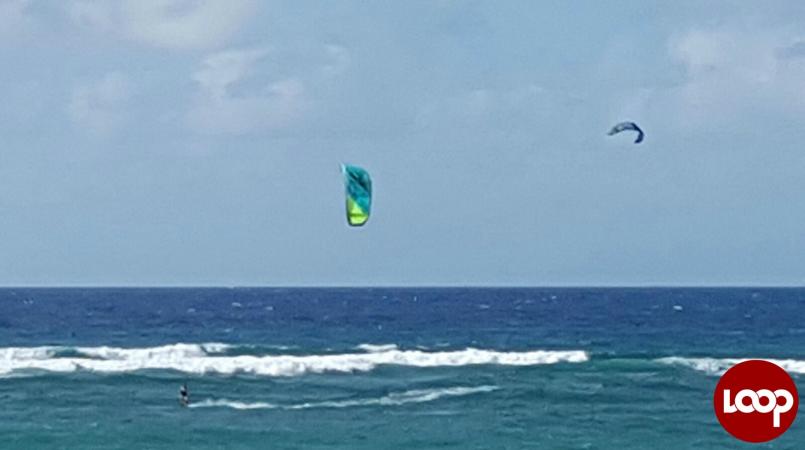 Barbados will soon have a new law to better regulate its domestic shipping affairs, including the watersports sector.

Minister of Maritime Affairs and the Blue Economy, Kirk Humphrey, yesterday revealed that the proposed Domestic Shipping regulations had been approved by Cabinet and the legislation was being drafted for presentation to Parliament.

Humphrey, who was speaking on the sidelines of a prize-giving ceremony at his Ministry on Wednesday, explained that this legislation, along with the proposed Merchant Shipping regulations would, once passed and enacted by Parliament, replace the existing Shipping Act.

He explained that there needed to be a clear separation between the two.

“In our current [Shipping] Act, there’s some confusion between the requirements for international ships and domestic ships; and it could make it very onerous for our local ships to abide by some of these things.

“We also felt it was important that we put in place larger standards for Barbados to be able to achieve,” he added, pointing out that extensive consultations were held with stakeholders in the watersports sector.

The domestic shipping regulations include the establishment of marked corridors in the water, using buoys, from which jet-skis and other pleasure craft can operate, thereby reducing the risk of them coming into contact with sea bathers.

“We’ve calculated to put down the buoys will cost about BDS$150,000, nearly $200,000. We’re going to put the lanes down on 31 beaches we have identified. We have done so in conversation with the jet-ski and water sports operators.

“You’re going to have these designated points where you enter and exit. Let’s say it’s Carlisle Bay, you enter at a particular point and after 150 – 200 meters, then its open ocean. Once you come back in, it’s back into the lane,” the Minister of Maritime Affairs explained.

The regulations would also make provision for the establishment of no-wake zones (areas in which vessels would have to travel at slow speeds); as well as for global positioning systems (GPS) to be installed on these vessels.

In terms of penalties, a lack of compliance would take the form of a ticketing system, which would see offenders being issued with tickets, with the ultimate penalty being the revocation of their operating license.

Humphrey further disclosed that activity in the proposed zones and corridors would be monitored. He explained that while assistance would be provided by the Marine Police and the Barbados Coast Guard, monitors could be employed to further ensure compliance.

“We proposed in the legislation the creation of posts for persons whose jobs would be to manage these areas to make sure that people maintain the order that we are hoping to be able to set. For the most part, the watersports operators actually comply with the law, but there are instances where a few make it bad or harder for everybody else,” he said.

The Maritime Affairs Minister also pointed out that operators of these vessels were encouraged to set up an association to provide representation for their profession.

WATCH: Crackdown on watersports operators to set standards in Barbados