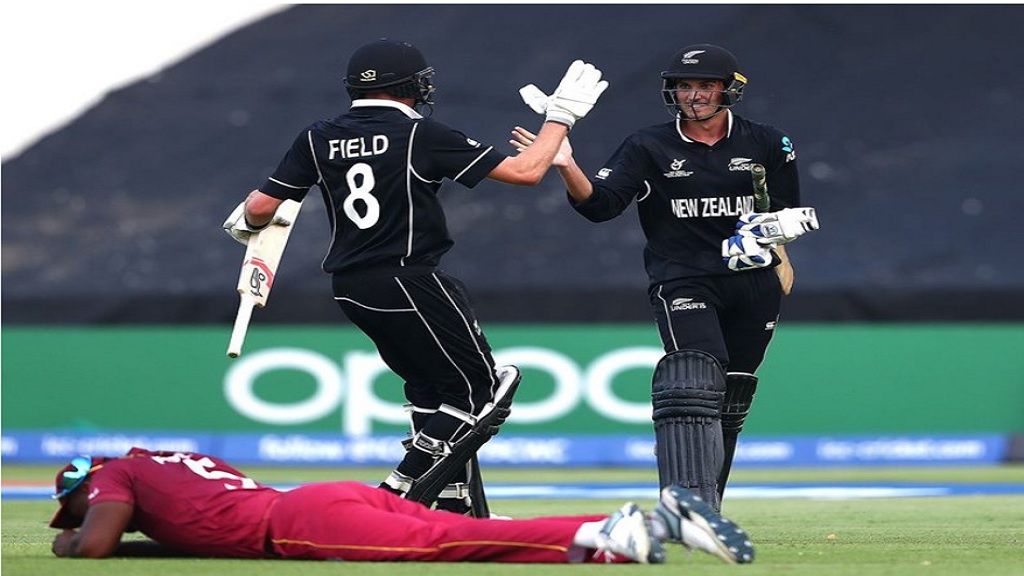 West Indies suffered a two-wicket defeat against New Zealand in a last-over thriller in the ICC Under-19 World Cup Super League quarter-final in Benoni, South Africa on Wednesday.

Right-arm pacer Kristian Clarke was the best bowler for New Zealand with four for 25 from 7.5 overs, while left-arm spinner Jesse Tashkoff (2-35) and Joey Field (2-52) shared four wickets between them.

Chasing the victory target of 239, New Zealand lost wickets at regular intervals to find themselves in trouble at 153 for eight in 34.5 overs.

But Clarke followed up his four-wicket haul with 46 not out off 42 balls to take New Zealand home with good support from Field, who was not out on 38.

The pair shared an unbeaten 86 runs for the ninth wicket as New Zealand replied with 239 for eight to win the contest with two balls to spare.

Left-arm spinner Ashmead Nedd was the most successful bowler for West Indies with three for 33 from 10 overs. Joshua James and Matthew Forde picked up two wickets apiece.

West Indies will now play either South Africa or Bangladesh in the plate championship quarter-final.