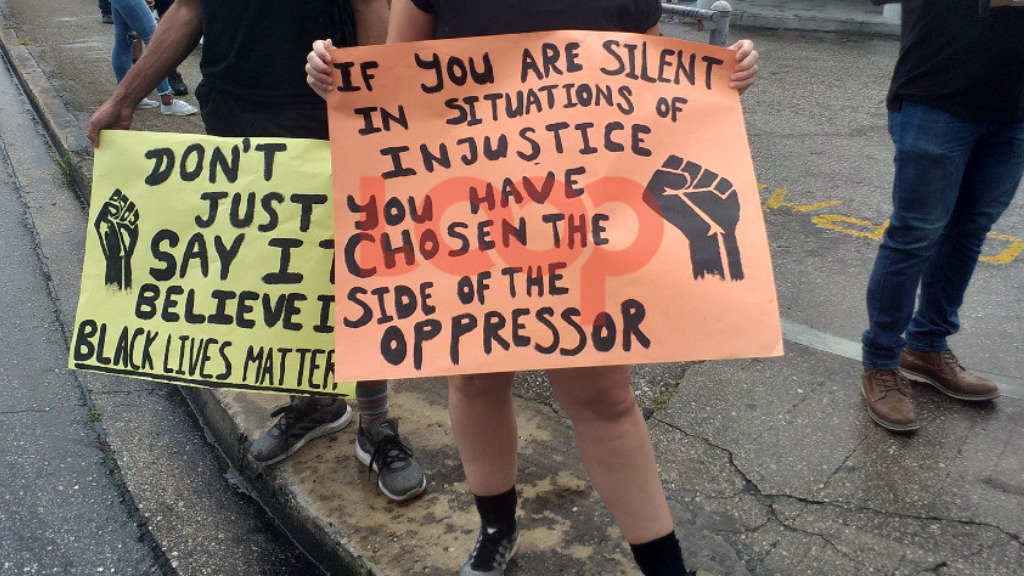 One local activist has called on white Barbadians to examine their role in our own systemic racism.

Luci Hammans was one of the many who delivered speeches at last week's Black Lives Matter protest. Nearly 500 people were in attendance and they marched from Kensington Oval to Independence Square as well. 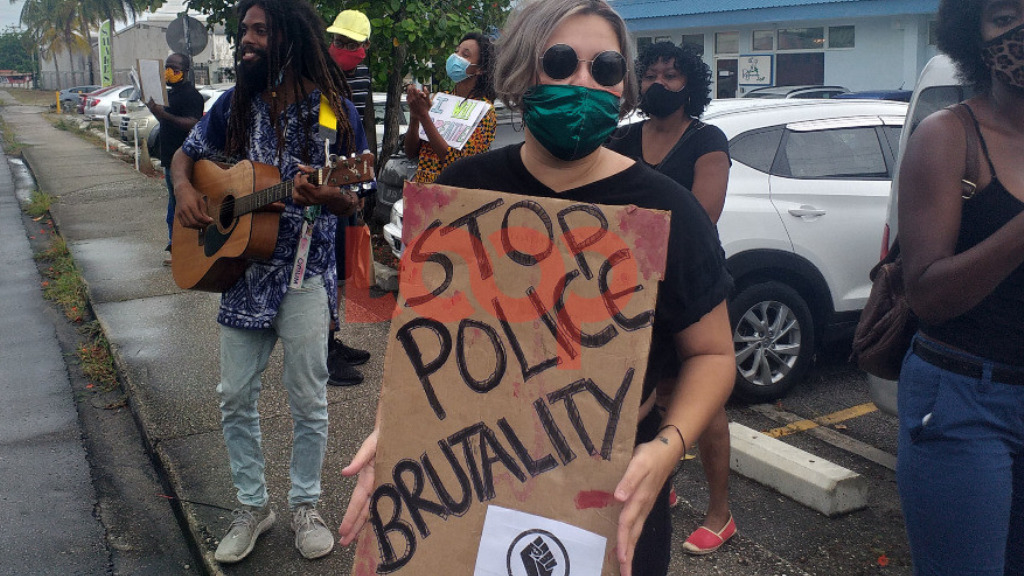 The 27-year-old Barbadian activist, educator, poet, and theatre arts practitioner gave a speech entitled 'Speaking From The Skin I Am In', and in it, she made cries against the large scale injustices of systemic racism in Barbadian society.

"We all know that some things are too important to remain unsaid, and today what needs to be said, the conversation that needs to be had is about systemic racism and anti-blackness and the way that it manifests, not just in America but in Barbados too." This is an excerpt from Luci Hammans 'Speaking From The Skin I Am In.'

Luci is a white-passing, mixed-race Barbadian, and she has been involved in activism since 2017.

Speaking in-depth with Loop News she gave some insight into how this conversation can continue going forward especially among white Bajans.

Loop: Firstly, we have been hearing people say that racism is often a white people problem and they should be the ones to solve it. Do you feel obligated to speak up against it being white-passing yourself?
Luci Hammans: Obligated is definitely the right word. Racism, specifically systemic racism, and anti-blackness isn’t just a white people problem.
It is a problem for everyone, and especially one for those who do not experience it.
As a non-black person, now is the time to shout out against the behaviors we merely muttered about before.
I firmly believe that antiblack racism isn’t just festered by ignorance but inaction, so the sooner we call ourselves (as white people and non-black people) out on the behaviours that feed into racism the sooner we can dismantle it. 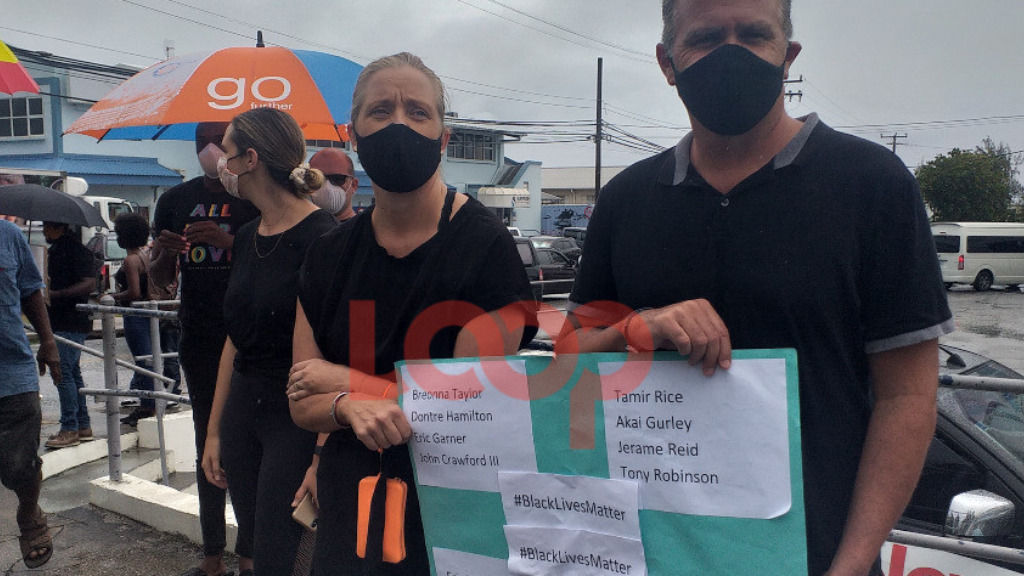 Loop: What led you to speak up in this way?
Luci Hammans: There is a falsehood going around that because the U.S had a Black President, and because Barbados is a majority black country that somehow we live in a post-racist world. But anybody who is listening would know that idea is only for those with the privilege of not experiencing everyday racism.
I would read history books and watch media that chronicled the experiences of those during the times of chattel slavery and Apartheid and think to myself, “Why didn’t enough people agitate against a system so dehumanizing?”
As we look around we realize more and more that lynching, the specific targeting, and eradication of black lives are not things of the past.
They are the not problems of generations before us. We face these problems now.
How can I hear today that 4 black men and a trans-black woman were found swinging from trees in the U.S and not use my platform, my interest in words and accessible art, to speak out against it?

Loop: Have you received any pushback from any other white Bajans for the way you speak about racism in Barbados?
Luci Hammans: Probably? I don’t have a lot of white people in my circle so there’s that, and those in my circle share my position against white supremacy and how it manifests locally and internationally.
I’m sure I make a lot of people uncomfortable. I just don’t let it enter my headspace.

Loop: How do you respond to critics who say we need to focus on issues here and we are following pattern.
Luci Hammans: The idea of “Follow pattern” is a problem for me when you haven’t thought things through, and haven’t applied critical thought.
But how can someone tell me that they are living through 2020, are aware of the injustices that black people face on a systemic level, simply because of the colour of their skin, and conclude that silence is the best course of action? I could never.
Additionally, if the “follow-pattern” is equity and equality for all then call me a printer because I would make that pattern all day. 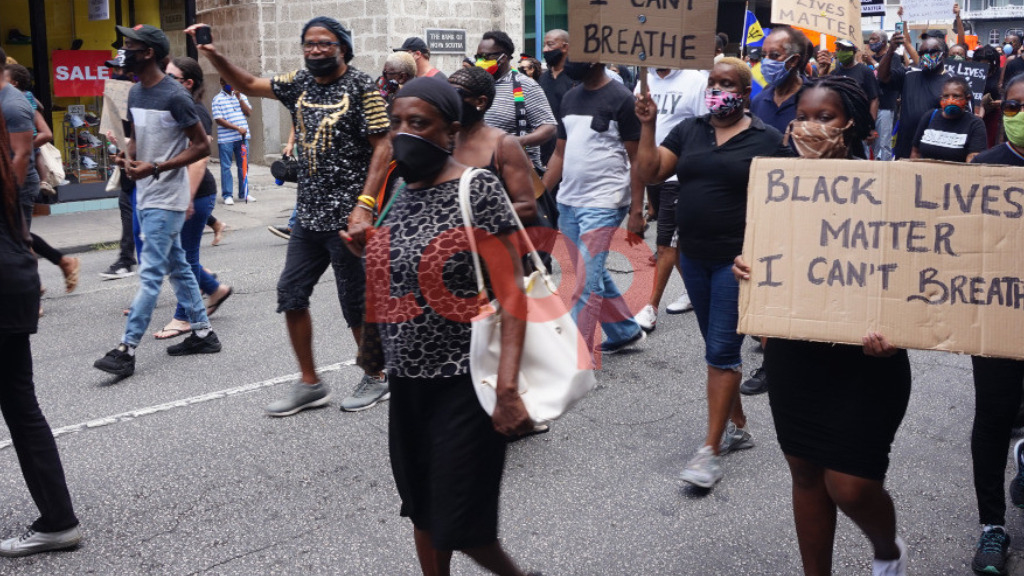 Loop: How do protests and hashtag activism help to change things as complex as systemic oppression and discrimination?
Luci Hammans: When it comes to systemic issues it always comes down to awareness.
If you are aware that something affects a group of people you can change. Hashtag activism allows for experiences to be chronicled and awareness to be garnered.
Protests, on the other hand, remind those in positions of power where the real power lands, in the laps of the people.
If it worked for Bussa, Nanny Grigg and Clement Payne it can work for me.

Loop: The removal of Nelson's Statue has been met with some Bajans saying they do not see the value in removing the statue. What would you say to them?
Luci Hammans: First of all, Horatio Nelson's only mission was to ensure the coin made from the torture and exploitation of black people in Barbados stayed within the pockets of the British Empire.
I would say, as we move and call for a better world where everyone feels safe in the skin they’re in, if someone says, “That symbol hurts me” then the only fair thing to do is to remove it, place it in a space where its relevance can be contextualized rather than imposed.
Additionally, take him down and replace him with Rachel Pringle, Nanny Grigg, Dame Nita Barrow, Sarah Ann Gill, any of our amazing female leaders. Black women are the real revolutionaries of this world and Barbados needs to do more to celebrate them. 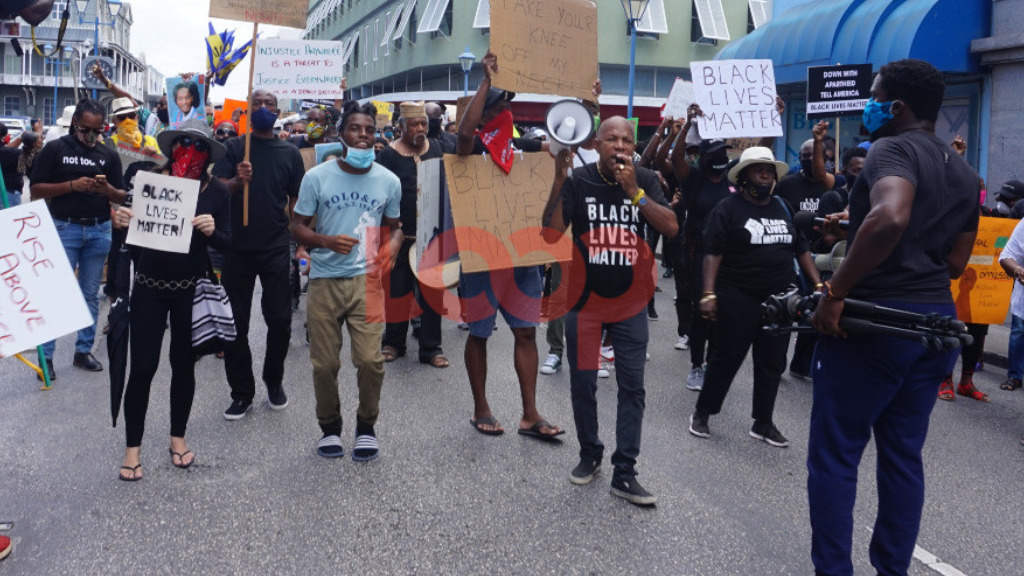 Loop: What would you say to those white Barbadians who say you are wrong and that racism doesn't exist here?
Luci Hammans: I would say have a conversation with a person who has dreadlocks and allow them to speak on how antiblackness manifests.

There’s a specific thought experiment that isn’t much of a thought experiment as it has happened before, but I digress, where I ask: Two girls go missing in Barbados, both go to the same school, they are both the same age. One is a black girl and the other a white girl. Who do you believe gets the majority of the resources to be found? Who’s disappearance is treated more respectfully?

Plans seem to be afoot for another demonstration in National Heroes Square in Bridgetown. It is also being organised by the Caribbean Movement for Peace and Integration. The demonstration is to be June 20 from 11 am to 1.30 pm and its focus is 'Nelson must go'.