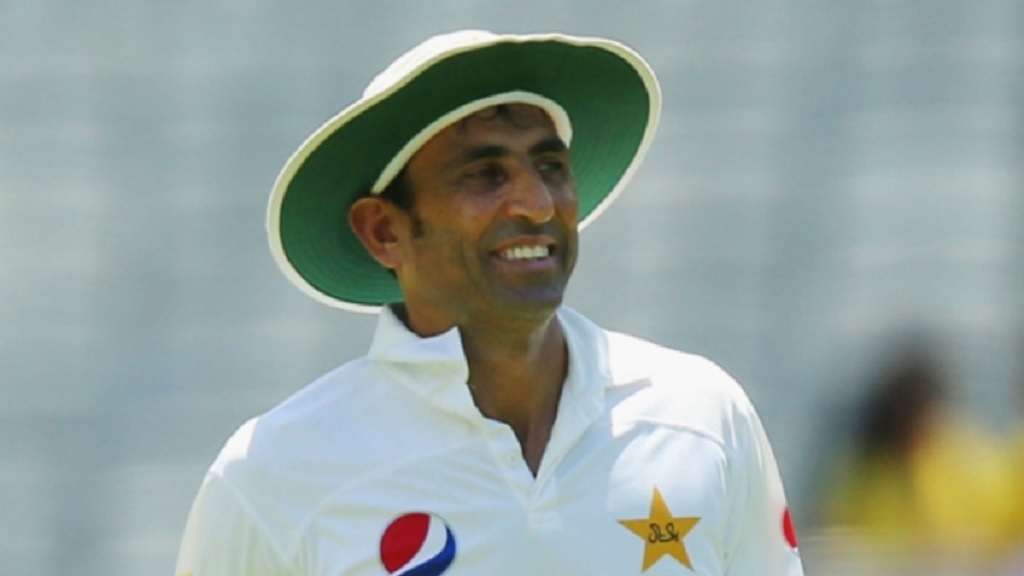 Younis Khan during his time playing for Pakistan.

Pakistan have appointed Younis Khan as their batting coach for the tour of England.

Younis, Pakistan's most successful Test batsman, made his final appearance for his country back in 2017.

He will now help Pakistan in a coaching capacity as head coach Misbah-ul-Haq and his players gear up for a scheduled tour that comprises three Tests and three Twenty 20 Internationals from August to September.

The coronavirus pandemic had brought the cricket calendar to a halt but, with West Indies arriving in England for a behind-closed-doors Test series, Pakistan are making preparations for their tour.

In addition to appointing Younis, they have also named Mushtaq Ahmed as their spin-bowling coach. He has previously served in the same capacity for England.

Younis said: "For me, there has never been a bigger honour and a better feeling than to represent my country and I feel privileged to have been again offered the opportunity to serve it for a challenging but exciting tour of England.

"The Pakistan side includes some immensely talented cricketers who have the potential to achieve greater heights. Together with Misbah-ul-Haq, Mushtaq Ahmed, and [fast-bowling coach] Waqar Younis, we will try to make them better and prepare them as best as we can with on and off-field coaching and guidance.

"We all know English conditions demand not only precise technique but patience and discipline, and if you can master these, then you will not only excel in England but anywhere in the world. With the quality we have in the team, I think we have a good chance to produce good results if we prepare properly, get our processes right, and hit the ground running as soon as we land."

Misbah added: "When I took over the captaincy during a difficult period in 2010, Younis proved to be a great ally and support, and I am confident he will provide similar assistance as we head to England with a clear objective of putting Pakistan cricket back on the road to success.

"Mushtaq Ahmed is loaded with the experience of helping elite cricketers from different countries and is widely regarded as a mentor. Mushtaq is always involved in the game and this attitude will further help us in our pre-series preparations and enhance our prospects in the series.

"Due to events beyond human control, the series in England will be one of the most challenging and difficult, and, as such, we need to have the best talent and brains on our side. Younis as well as Mushtaq clearly tick all these and additional boxes, which will assist us in achieving our targets."

Because of the challenge of keeping players in a safe and secure environment, the Pakistan Cricket Board (PCB) has elected not to hold a national team training camp prior to their departure for England.

The PCB has asked the England and Wales Cricket Board (ECB) to bring forward that departure date to allow Pakistan extra practice time.

The Latest: Pakistan sees more than 100 COVID-19 deaths in day